Editor’s Note: This blog was originally posted on the White House Blog.

Today marks the start of the 2012 Atlantic Hurricane Season. Under the direction of President Obama, FEMA and DHS stand ready to support our state and local partners as the tropics start to produce their annual cyclones, storms, and hurricanes. On Wednesday, I joined Homeland Security Secretary Napolitano as well as partners from NOAA, DOE, the Army Corps of Engineers, and representatives from states and the private sector to brief the President on steps FEMA and our partners have already taken to meet the challenges of the 2012 hurricanes season. That briefing underscored the importance of the whole community, from the federal government to individual citizens, working together to get prepared before a potential storm threatens a region, state, or community.

Long before the start of this year’s hurricane season, FEMA has worked closely with our partners at the state, local and tribal levels. This includes openly sharing information and expertise that will improve resiliency across our nation, cities, towns, neighborhoods, and families. For FEMA, building relationships before a disaster strikes is vital to working closely together during and after an emergency situation.

But government doesn’t prepare for and respond to disasters alone. Right alongside are the hundreds of businesses, voluntary agencies, and faith- and community-based organizations who provide vital services to both communities and individuals affected by disasters. Some of these organizations provide for basic needs like food, water, and shelter – while others respond to needs such as financial consulting, animal sheltering, or help processing your insurance claim.

While all the players I mentioned play a part in keeping our nation and neighborhoods safer in case disaster strikes – these efforts will fall flat unless individuals take part in their own preparedness. Fortunately, the short amount of time and effort it takes to make our families and homes safer is well worth the payoff if an emergency should happen. For example, here are three simple steps you can take today:

So as we move into the traditional start of the Atlantic hurricane season, I encourage you to respond to the important role you play as part of the emergency management team. You can start with one of the three steps I listed out above, or by pledging to prepare at Ready.gov/hurricanes.

This week, the United States and Canada announced the establishment of Binational Port Operations Committees at eight Canadian airports that provide a U.S. preclearance service, as part of their commitment under the Beyond the Border Action Plan for Perimeter Security and Economic Competitiveness released by Prime Minister Harper and President Obama.

Committees have been created at the following eight Canadian airports: 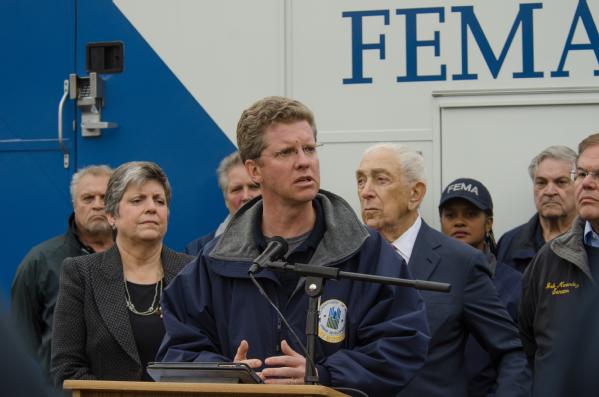 As we often say at FEMA, successful emergency management requires a team effort.  Without question, the importance of teamwork has never been more evident as the recovery to Hurricane Sandy continues.  At the direction of President Obama, FEMA continues to coordinate the federal government’s efforts in a coordinated way that reaches disaster survivors.  Whether it’s the U.S. Army Corps of Engineers helping with debris removal, the Environmental Protection Agency advising survivors on mold removal, or the Small Business Administration helping affected business owners get their doors open quickly – FEMA continues to leverage the expertise of our federal partners to make a lasting impact.

Another important partner on the team is the Department of Housing and Urban Development (HUD).  After many disasters, FEMA works closely with HUD to ensure those impacted by the disaster have safe housing options if their residence was damaged or destroyed.

Last week, President Obama announced that he asked Housing and Urban Development Secretary Shaun Donovan to continue to work closely with Governors, mayors and local officials of New Jersey and New York as they begin the process of identifying redevelopment plans for affected communities.  This announcement further links FEMA’s role in disaster recovery with HUD’s role in redevelopment, ensuring the two agencies will continue to work closely together.  As long term recovery needs are identified, HUD will lend expertise in translating those needs into solutions that work for disaster survivors.

If you’re a disaster survivor, the President’s announcement does not change the process of applying for assistance from the federal government.  FEMA will continue to administer federal disaster assistance, so it’s important to apply through FEMA if you have been impacted by Hurricane Sandy.  You can apply for assistance by visiting www.disasterassistance.gov or by calling 1-800-621-3362 (FEMA). 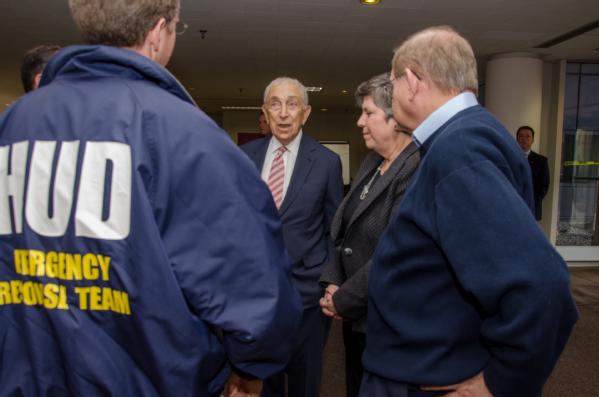 Posted by: Alexandra Kirin, Public Affairs
At the finish of every single week, we post a “What We’re Watching” weblog as we seem ahead to the weekend and recap events from the week. We inspire you to share it with your pals and household, and have a risk-free weekend.

A new storm in the Pacific Northwest will generate valley rain and mountain snow across western Washington. Snow melt resulting from a sturdy warming trend could bring flooding this weekend to considerably of the Northern Rockies and Intermountain West. Winds from 15-30 mph are expected across a lot of Montana, with gusts above 40 mph in the Chinook regions. These robust winds, mixed with reduced relative humidity, will outcome in essential fire climate situations right now across significantly of north-central Montana.

A clipper-like technique in the Midwest is expected to bring snow from the upper peninsula of Michigan off into a lot of the northeastern U.S. A Red Flag Warning is in effect these days for western and north-central Nebraska as a outcome of strong winds and very low relative humidity.

FEMA continues to help efforts of state, tribal and neighborhood officials in states impacted by severe storms and tornadoes Feb. 28 – March three. President Obama declared a main disaster declaration, on Tuesday, for the Commonwealth of Kentucky making federal disaster aid available assist to supplement commonwealth and regional recovery efforts in the location affected by the recent storms. Residents and company owners in the designated Kentucky counties who sustained losses can apply for support by registering on the internet at www.disasterassistance.gov, by web enabled mobile gadget at m.fema.gov or by calling one-800-621-FEMA(3362) or one-800-462-7585 (TTY) for the hearing and speech impaired.

We’re teaming up with NOAA once more to bring you Nationwide Flood Security Awareness Week 2012. Starting up following week, March twelve -16 we’ll share information on flood risks, how people, households, and organizations can take precautions to shield their households and households in the occasion of flooding and safety guidelines on what to do ahead of, for the duration of, and after flooding.

Floods are one of the most typical hazards in the United States, but there are basic steps citizens can take today to lessen their danger to all types of floods. Head over to www.prepared.gov/floods for details on floods and make certain to test back following week for the commence of Flood Security Awareness Week.

Don’t forget, on Sunday we spring forward an hour for Daylight Financial savings – it’s also a fantastic reminder to make sure you have a operating smoke alarm in your home. Smoke alarms considerably increase your chances of surviving a deadly property fire, so we motivate everyone to take these easy methods to be prepared:

For a lot more data about property smoke alarms and fire sprinklers, check out www.usfa.dhs.gov/smokealarms.